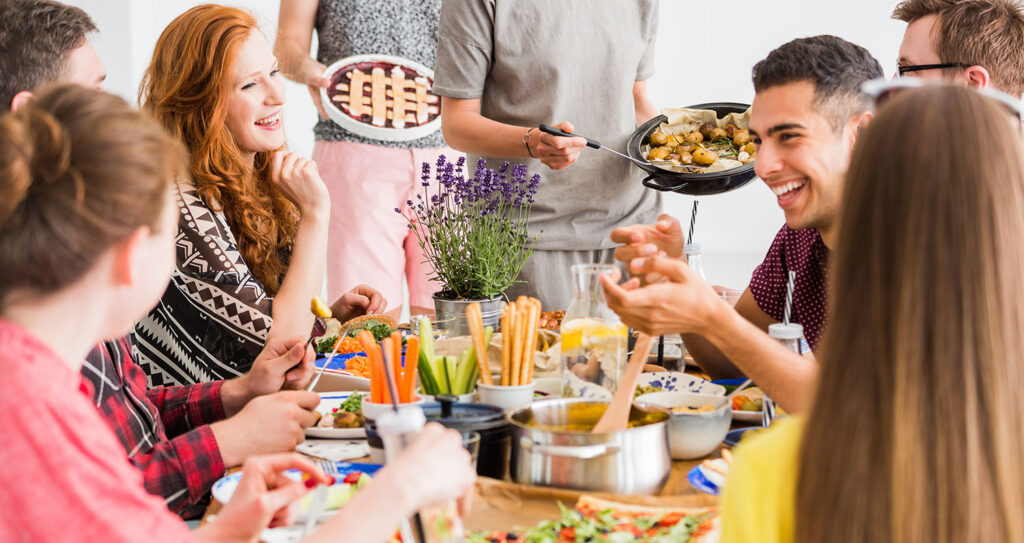 By Gillian Ramirez, Alliance Intern from the University of California, San Diego

Being vegan has positively changed my life on so many different levels, from my health and wellbeing to my connections with others and overcoming cognitive dissonance between my love of animals and eating them. Aside from a way of eating, it is an encompassing lifestyle and a new sensitive and interconnected lens for seeing the world. And it’s fun.

Like many people, I loved animals but didn’t think much about the fact I was eating them. However that suddenly changed in 2015 when I was 13. I walked into a Chipotle and the thought came to me that I didn’t want to eat meat and that it was kind of gross. I began doing extensive research on YouTube university and Google on how to become vegan and how my decision would affect the Earth. This provided enough scientific data and personal testimonies on veganism that I was fully convinced of the benefits in this lifestyle.

Since middle school I had dealt with ongoing gut health issues that resulted in acne, fatigue, low mood, indigestion, bloating, eczema, congestion, and more. Becoming vegan helped my skin and made me feel better mentally and physically. However, I still felt something wasn’t right.

So in 2017, I turned to functional medicine for answers when traditional medicine had none. I became more in tune with my body and its triggers, readjusting my vegan diet to suit my needs. My symptoms cleared and my life felt like mine again. No prescribed medicine could have had the same effect that my diet has on how I feel. Becoming vegan saved my gut and mental health. My body thanks me everyday for listening to it by allowing me to function properly. Being more aware of the effect food has on my body has influenced my interests and goals in life.

A shift began to occur as I became more in tune with all living things. Perviously I easily felt disconnected from others and forgot to reach out to people. Now I feel more grounded and empathetic because I am conscious of where my food comes from. I am grateful for the beauty of nature to grow nutritious produce out of a tiny seed, the time it took for my food to be grown, and every person involved in getting the food from the farm to my plate.

Being vegan is fun because it is an instant connection with others, instantly providing a perpetual topic of conversation, regardless of what they eat. If the other person is vegan or is open to it, I feel a certain instant common ground  and we have a lot to talk about, like ordering a side salad and fries, boasting how Oreos are vegan, or being asked about missing meat.

To answer the question every vegan is always asked, our food preferences are psychologically influenced. My response is based on research from Women’s Health, “You can actually retrain your brain to like certain tastes by eating them more frequently.” I cannot miss something I no longer remember the taste of or have a positive association with mentally. I now crave whole foods like seasoned chickpeas or hearty kale.

Veganism is also fun because it expands your culinary skills and taste palate. Learning how certain produce absorb flavor or change texture is fascinating. Plating plays a large role in meal enjoyability as well, so learning how to display food becomes a new skill. You also are able to try more produce or other food products that would not generally be something you are drawn to.

At the same time, there were some challenges. Becoming vegan initially felt like I was a step back  from my friends. Food is culture — it’s how we connect and cultivate relationships. A shared meal is a form of intimacy, offering a loved one a bite of the meal you worked hours to make. I was grateful to be wholly supported by my friends and family so I never felt completely ostracized. For me being the odd one out was a mental block to overcome. I remember feeling insecure asking waiters at restaurants if any animal product was in the meal. This was prior to when buzzwords like vegan or gluten-free were popularized or labeled on menus.

Sadly, the word vegan can be polarizing for some. This is both because food habits are so ingrained and because of the misrepresentation in media and online. Trying to educate some people can be a challenge.

People become vegan for a plethora of reasons. You do not need to fully commit to being vegan to contribute. Even if I did not have coinciding health issues with animal products, I would very likely still eat a plant-based lifestyle because of how passionately I feel about ethical and environmental aspects of veganism. Knowing I did my best to contribute to our dying planet allows me to feel accomplished.

Individual reasons and motivations for any change are needed for them to be long-term. Without that, I would still feel insecure or different for being vegan. The people in my life who make an effort to include me and hear about my experiences make them that much more valuable.