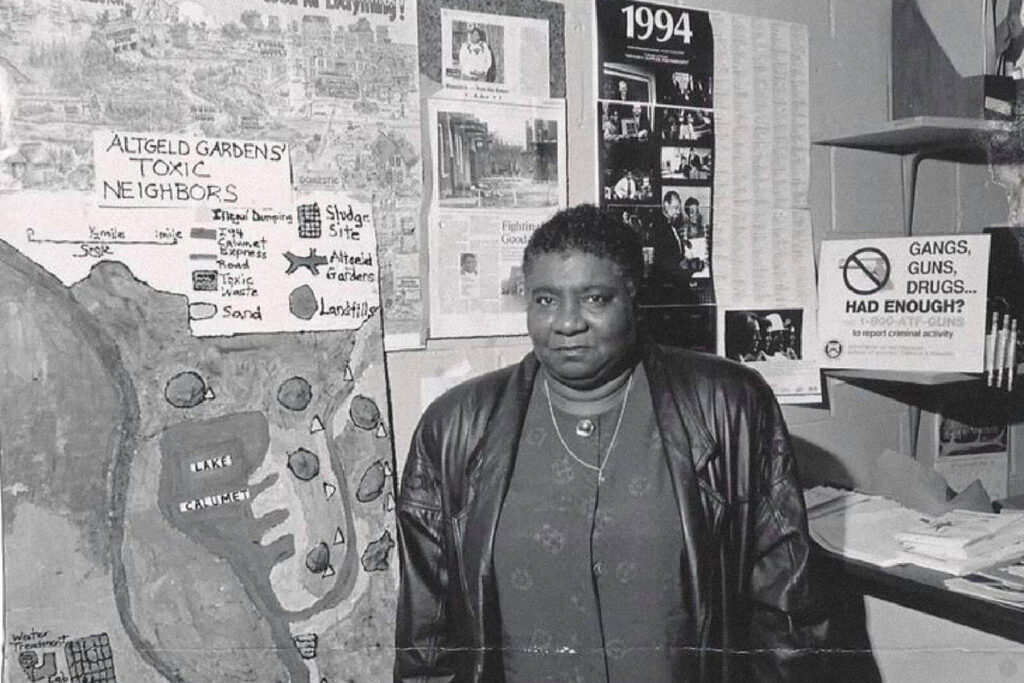 Before there was even the idea of environmental racism, Hazel Johnson was addressing tenants rights and environmental issues in her community. She went on to found People for Community Recovery (PCR) in 1979.

“She soon learned that Atlgeld and neighboring Calumet City had the highest cancer rates in the area. Having lost her husband and several neighbors to cancer, this discovery put Hazel on a journey that would lead her to conduct her own community health study and learn about the many toxic industrial and waste sites surrounding her neighborhood,” according to PCR.

PCR was one of the first groups to fight environmental racism, showing that environmental hazards had long been intentionally concentrated in low-income communities and communities of color. The group realized several environmental victories including lobbying for EPA money for new water and sewage lines in the neighborhood. Johnson’s community action led her all the way to the White House, inspiring President Clinton to sign the first executive order on environmental justice.

Currently, three proposed bills are moving through Congress to designate April as Hazel M. Johnson Environmental Justice Month, award her a posthumous Congressional Medal of Honor, and honor her with a commemorative stamp.

Sociologist Robert Bullard, who has spent four decades making the case that environmental harms have disproportionately affected communities of color across the United States is ecstatic. “Now, environmental and racial justice is the centerpiece, not a footnote,” Bullard, professor of urban planning and environmental policy at Texas Southern University, tells National Geographic.